For years, Stuart and Michael Frost dreamed of a better screed.

“The one thing that’s never changed in our lifetime, or my dad’s lifetime for that matter, is the basic screed,” Stuart Frost says. “… So my brother and I just started toying around with the idea of trying to do something better.” 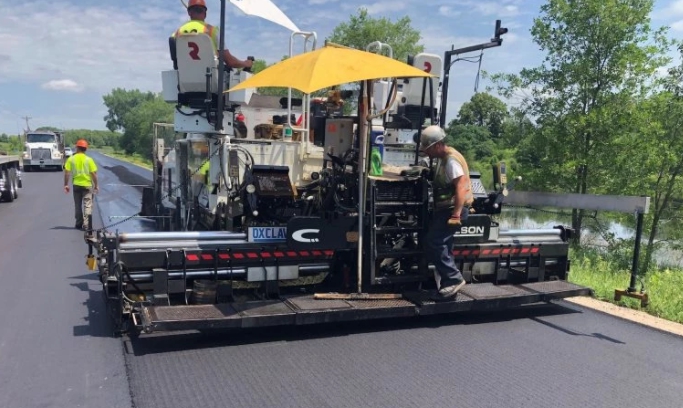 The two brothers have worked on paving crews since they were kids. They started with their family’s business, and for the past 20 years, they’ve run their own highway paving company, Mountain Construction in Powell, Wyoming.

“We’re field guys and hot plant asphalt operators and screed operators ourselves,” Frost says. “We know all the aches and pains of paving and problems with paving.”

The two main problems they’ve wanted to solve were how to get better density behind the screed and an easier, faster way to change screed plates. They believe they have solved both problems with a new screed plate design and attachment system. Two other family-owned paving contractors, who have been using the new screed plates in their areas of the country with a variety of materials, agree.

“It’ll change our industry for the better, no doubt,” says Travis Shilling, vice president of Shilling Construction in Manhattan, Kansas.

“I think we’ve got a solution to not only keep us in the bonus the entire time, but it could potentially be the new way of paving,” adds Brent Carron, vice president of Valley Paving in Shakopee, Minnesota.

“What we’re consistently seeing is a much denser mat,” Frost says. At the same, they can maintain normal paving speeds as compared with tamper bar screeds that require slower paving, he says.

They back up their comments with videos and photos posted on social media. They’re working with their state departments of transportation and planning official tests to put some hard data to their observations. The Frosts have a test of the screed plate planned with the Federal Highway Administration on an upcoming job.

While inventing the new screed plate, the brothers also developed a system for attaching their plates, one they say that takes two to three hours to install instead of two to three days.

“Anybody that’s had to go change screed plates all their life is going to love that in itself,” Frost says. “It’s a miserable process, believe me.”